If you are in a desperate need of a new Facebook profile picture, visit one of these, some, or all 10 of the places from this list. But bring a friend, nobody wants to see your selfies! And yes, I will break your selfie stick in half if I see you carrying one around.

Transit accessibility: take 135 if you are in Downtown; or visit http://www.translink.ca/ for a suggested route from another location. The location is fairly easy to get to, but there will be some walking involved (10-15 minutes uphill towards North). Once you are at the hill, you get the view overlooking the Burrard Inlet, Burnaby and Vancouver, with the good view of both Lionsgate and Second Narrows bridges. It is a good place to watch sunset from.

Distance from Downtown: 10 km. drive, or a 15-minute Seabus ride from Waterfront. 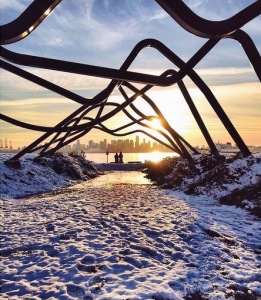 Transit accessibility: I can’t think of an easier place to get to. Lonsdale Quay is a major transit hub, which is very easily accessible by public transit. If you are going from Downtown, make sure to take the Seabus for bonus view points. Once you are there, take a stroll on the pier, and walk to the other side of the station to take a picture with the “spaghetti statue”.

Transit accessibility: Walk, ride or drive from Downtown should not take more than 15 minutes, unless you like to walk in the opposite direction.

The two bridges are often underestimated. The view is incredible from both bridges, on both sides. IMHO, the best way to visit is on a bicycle – both bridges have bike lanes. 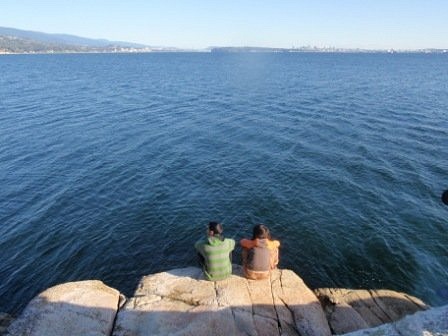 Lighthouse park is an all-time favourite for during the summer. The water, even though really cold, is crystal clear. There are plenty cliffs to jump from (be careful!), and many shorter trails. History geeks, make sure to check out the WWII gun bunker.

Transit accessibility: Stanley park is easy to get to. You can either drive to the Prospect Point and park there; otherwise lots of buses will get you within a 15-minute walking distance from it. It is a very nice walk, if you want to get there by foot.

Transit accessibility: Very transit-accessible. There is some walking involved from the main road, which should not take more than 10-15 minutes even with the most modest pace. Parking may be hard to find, if you are going there on a sunny weekend. 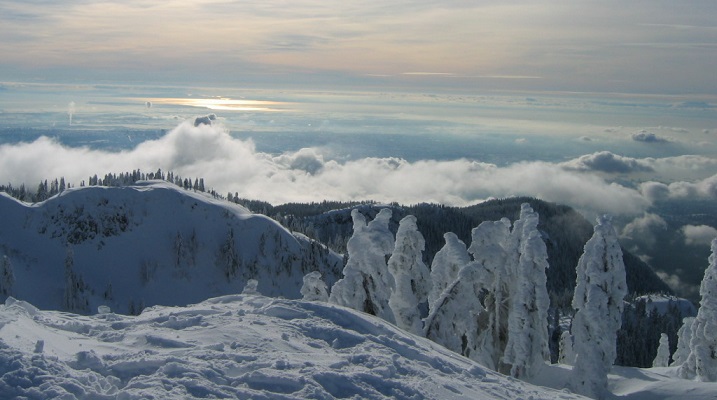 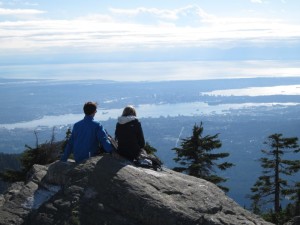 Transit accessibility: Take bus #236 from Lonsdale Quay or #232 from Phibbs Exchange. They will bring you to the Grouse Mountain parking lot, where you can board the skyride, or take the Grouse Grind trail during warmer months.

Transit accessibility: #211 or #212 from Phibbs Exchange.

You get to see Belcarra Park in Coquitlam, which otherwise will take you an hour to drive to; Burnaby and North Vancouver. Deep Cove is a lovely place. Also, honey doughnuts! 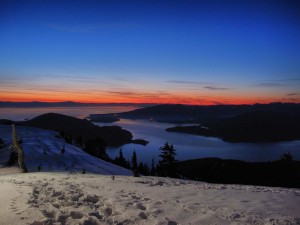 There are 2 viewpoints on the way to Cypress Mountain. Both viewpoints have incredible view overlooking Vancouver and its suburbs. If ski/snowboard, make sure to ride Panorama Ride (beginners run) for more awesome views.

You get bonus beauty points for going there after the sunset.