I got my Compass Card in the mail today!

I have been given an orange card, which is a concession version (the regular card is blue). The card is pre-loaded with a $100 fare, which is used for testing purposes only (to make sure the fare is being calculated properly) – I did have to buy a monthly pass so I can travel. 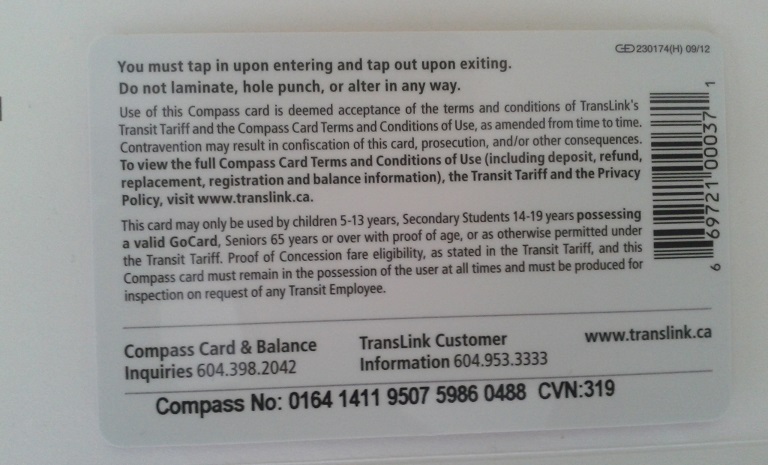 Even though the fare gates are still not active, I (and 9,999 other Beta Testers) am expected to tap in and out each time we use transit (except for the Main Street and Metrotown skytrain stations, which do not gates installed yet. TransLink has not let us know when the system will be implemented, but they have asked to report any bugs and issues during the testing phase, which is September 9th to October 1st. 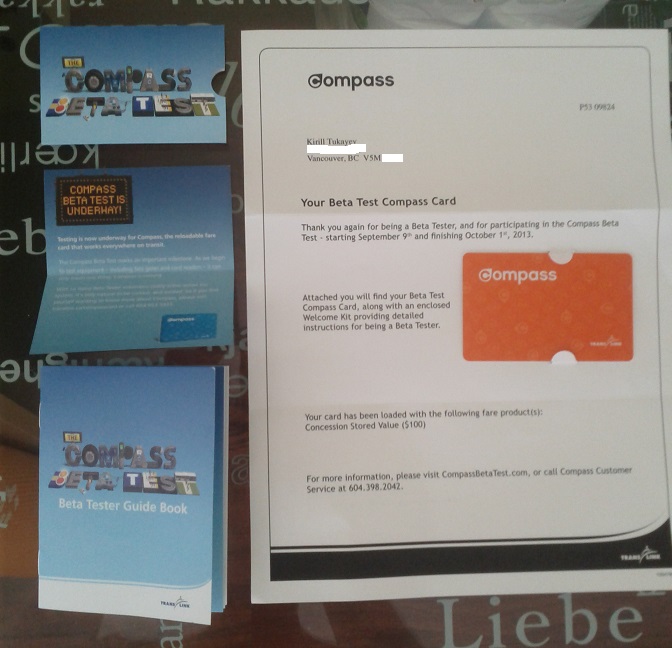 The kit includes the card, Beta Tester guide book, 6 small leaflets to give away to people who are really curious about the Compass Card and the letter to the tester. The envelope the kit was mailed in looks like a regular letter (to prevent cards from being stolen from the mail?), which I thought was a little odd.