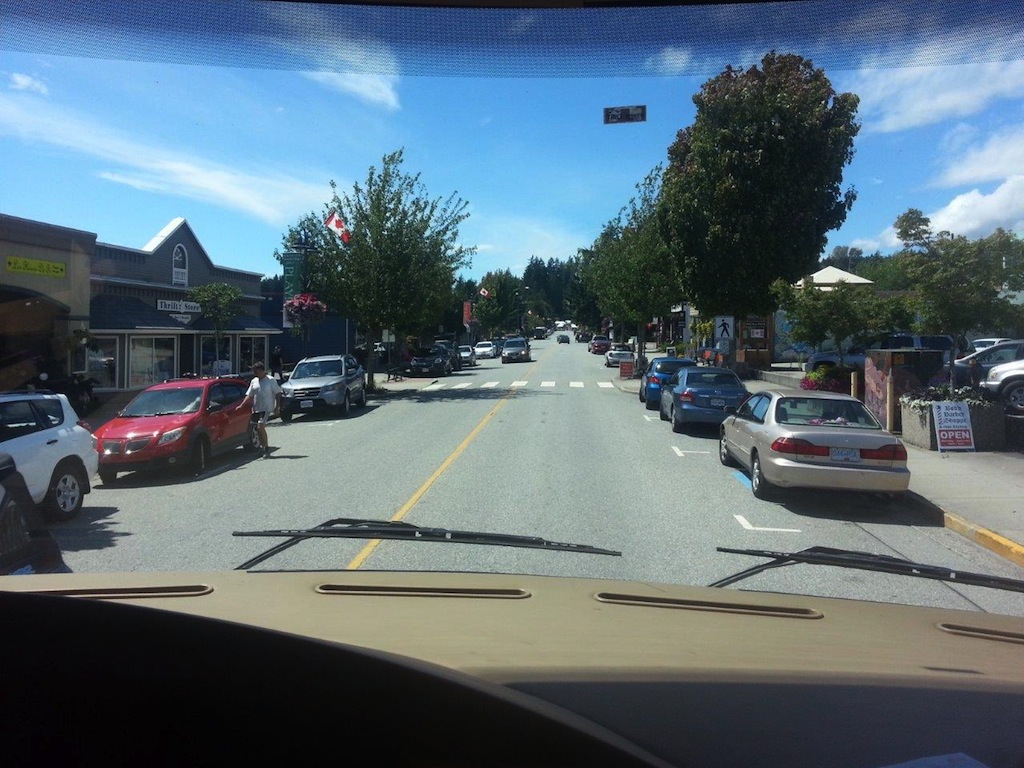 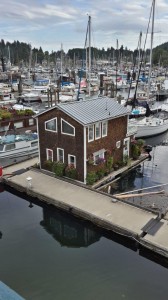 There was some rain in the morning, which has turned into sun later on. Because of a few distractions here and there, we have left only after noon, and went towards the Secret Beach. We got lost (thanks, Google Maps), then I misplaced my brother’s flip-flop (silly story), so I gave him mine, and had to walk bare-footed. The decision was made unanimously to carry on towards Davis Bay for a dip at the famous sandy beach, which we didn’t see, so we started diving from the dock. I hoped we would go towards the end of the shore to swim in Ruby and Sakinaw lakes, but the weather went south again, so we drove back to Gibson’s Landing (that’s where the first settlers landed on the coast, apparently where they film Beachcombers – the longest running Canadian TV series), to Smittie’s Oyster Bar for some oysters and about, which by the way, were incredible. I can highly recommend this restaurant to anyone looking for good seafood in the area – this place is a solid 5/5. 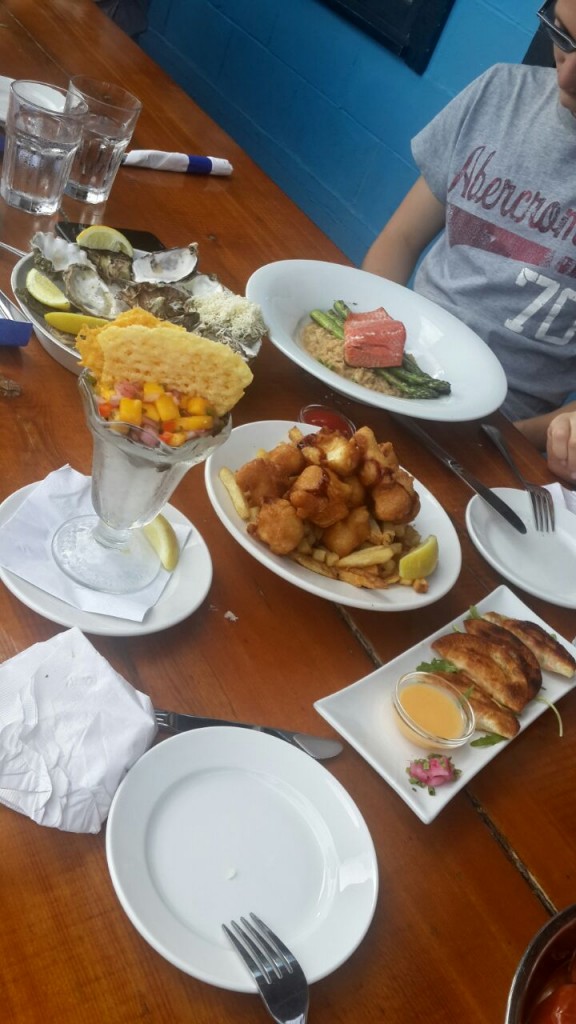 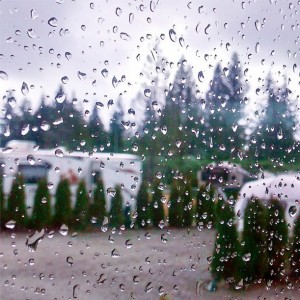 This park has $2 hot showers and mediocre Wi-Fi. The facilities are new and very clean. The territory isn’t very large, and the sites are separated with the small trees, that are planted within a tree interval, so there isn’t much privacy. The park is located within an adequate proximity to Gibsons Landing, about 5 minutes away.

When leaving the park, do not rely on Google Maps – we did, and it got us to the private land in the forest (second fiasco at their account that day). The only right route to go is on the right hand side as you are leaving the park.

Sorry – there are almost no pictures from that day (except for the last one), because of the crappy weather I didn’t really feel like taking pics – the ones here were kindly provided by my father.