Despite the forecast, the weather did not seem very promising, so I have decided to stay safe, and remain close to home. Besides, I wanted to alternate between city and nature sites; so I have found a zoo and HK city park that is not too far from home (or so I thought).

To all the penny-counters: the admission to the park is FREE. Finding the park is, I’m guessing, not too difficult for locals, but it took me quite some time to locate it. Unless you have never been to a zoo before, you can skip it, and you won’t miss out on a lot. I mean no disrespect to the park keepers, but there isn’t anything that i have never seen before. The highlight of the visit was the baby monkey, who, according to a recent Tripadvisor review, was less than a week old. Unfortunately, I was in “awe” mode when I saw the baby with his mom, so I did not take a picture.

Within a few blocks away is the Hong Kong Park (or significantly more, if you get lost, like I did). 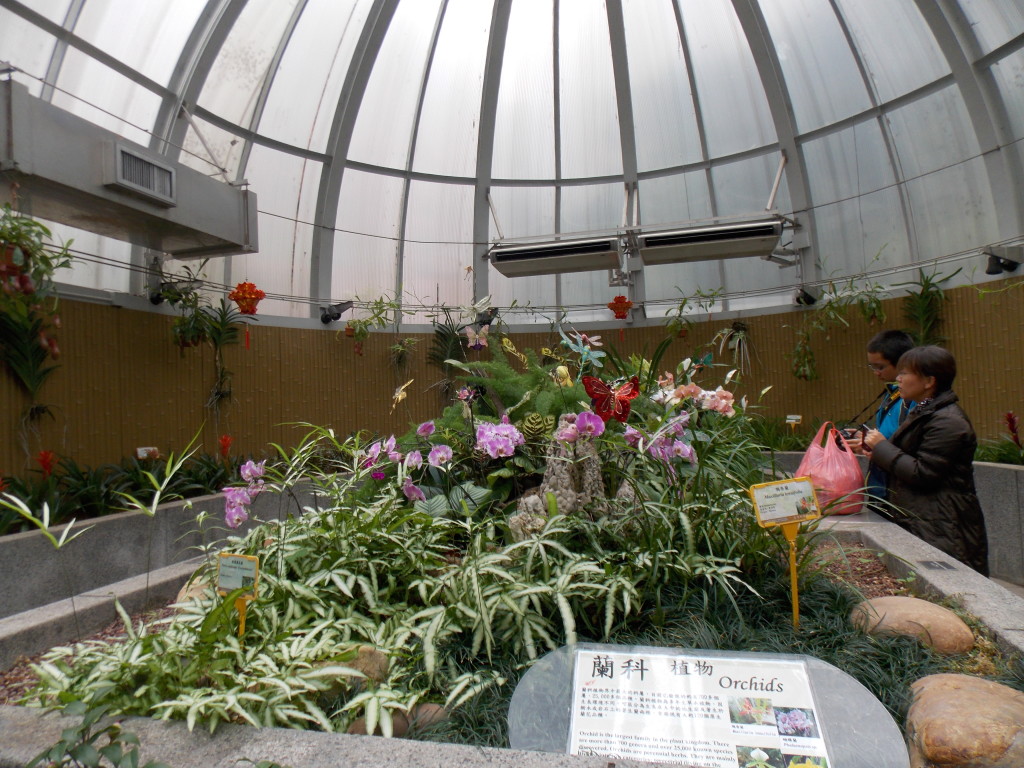 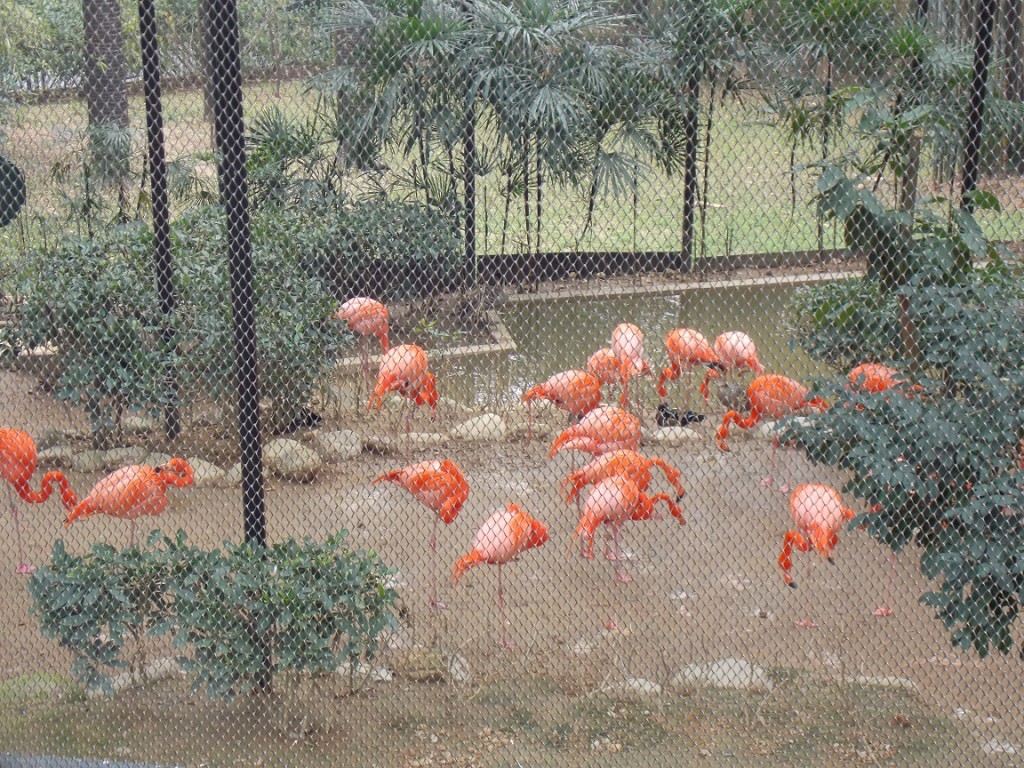 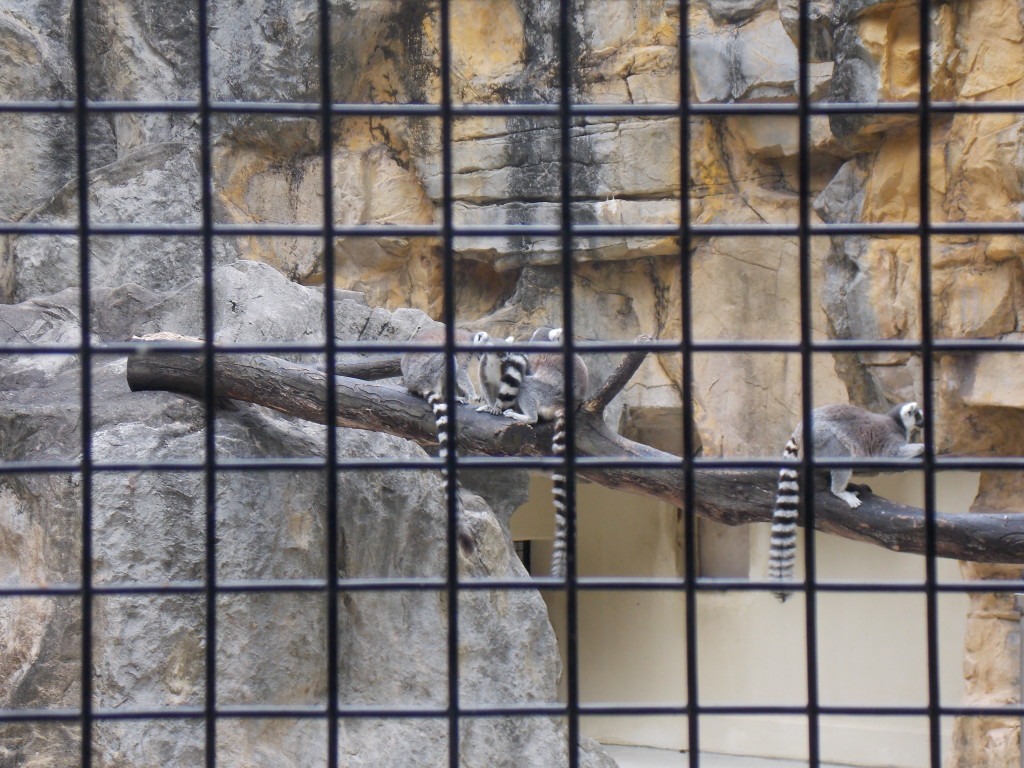 [From Wikipedia:] Built at a cost of HKD$398 million and opened in May 1991, it covers an area of 80,000 m² and is an example of modern design and facilities blending with natural landscape.

There is a massive aviary, a few really descent viewing terraces and a large Koi fish and turtle pond. As a Canadian, you may find interesting to see a statue of John Robert Osborn, dedicated to the Winnipeg Grenadiers (which I learned from Wiki after I left the park).

There isn’t really much I can tell you about the park, so I will let the pictures speak for me. 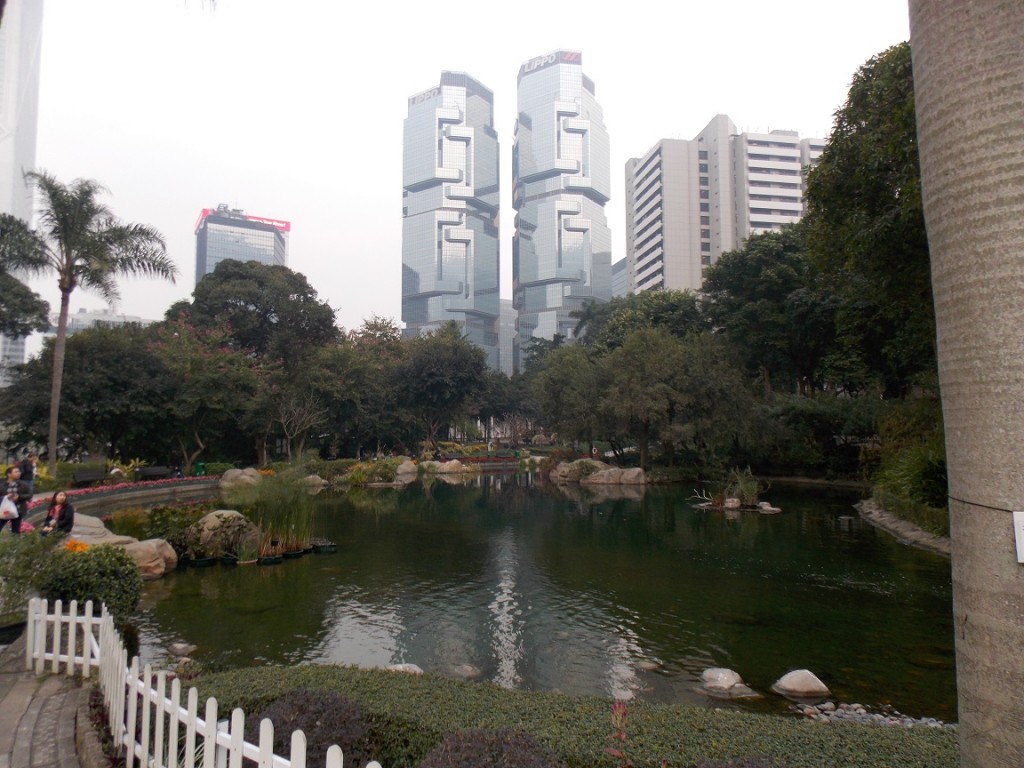 The building dubbed “The Pandas” 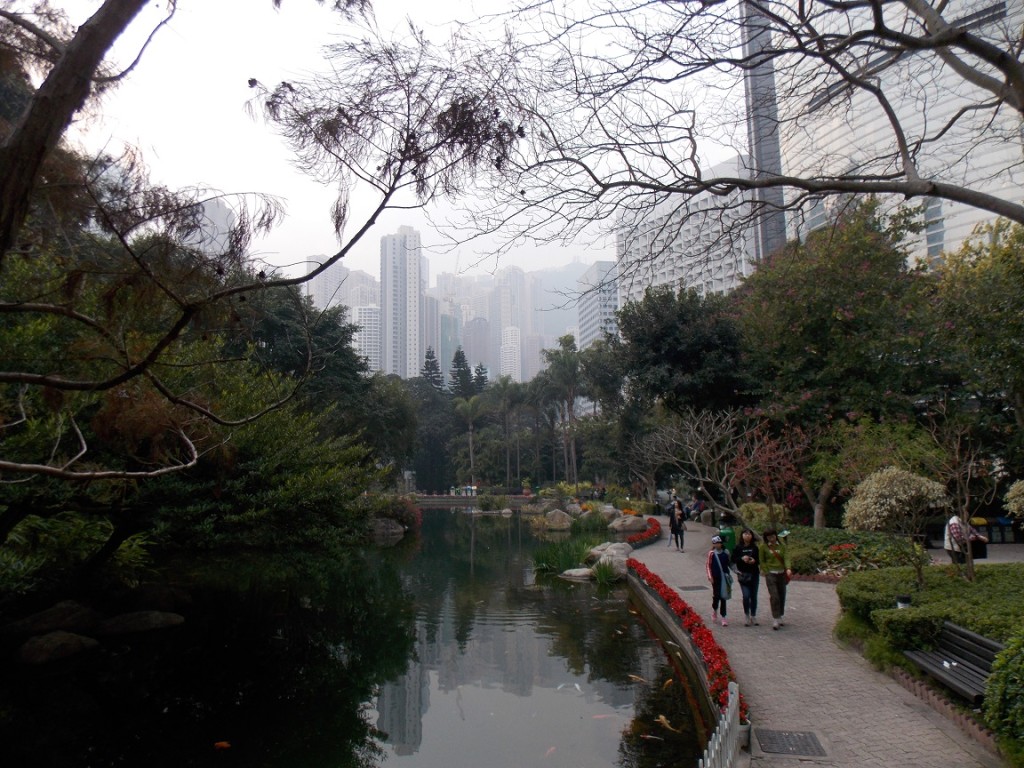 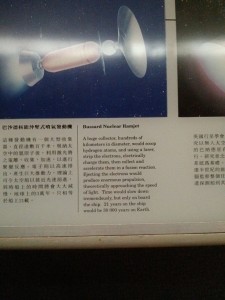 This just makes my brain boil 🙂

The admission is FREE on Wednesdays (which I learned about as I tried to buy the ticket). The museum is located on Kowloon side, right next to the Art Museum and the Cultural Center.

The recommended visit duration is ~2 hours, if you want to see all the exhibits and try the simulated moonwalk (not the Michael Jackson dance classes). Mind the restrictions: only visitors between 40 and 80 kg, and 140 to 180 cm are permitted. I was turned away for being too tall (that was my first).

The most I liked the cockpit exhibit, and the documentaries showing how spacemen eat, sleep, keep up their hygiene and exercise.

Tamar Park is right next to the Central Ferry Piers, and the iconic Ferris wheel, which you most likely have seen if you have Facebook friends who have been to Hong Kong. And while it does not have the best views of the Kowloon skyline (unlike the Sai Wan Ho Harbour Park / Quarry Bay Promenade, where I will take you the day after tomorrow), the park is still worth the visit if you are in the area (which you will most likely be, as it is within a stone throw from the key transit area of the HK Island). 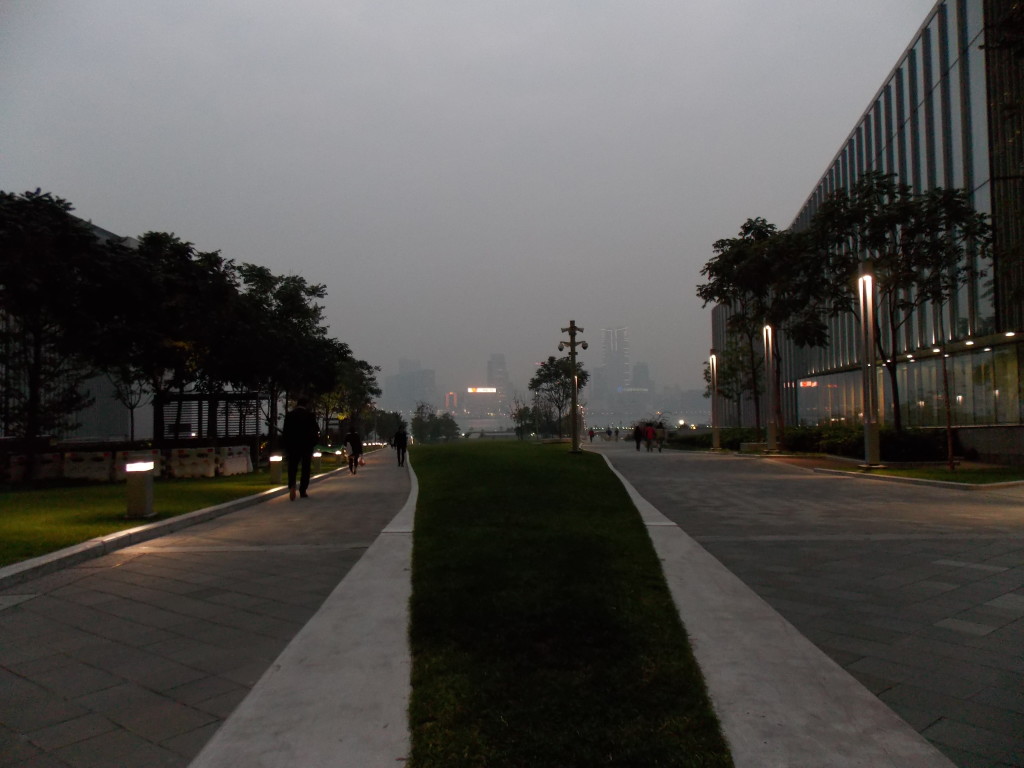 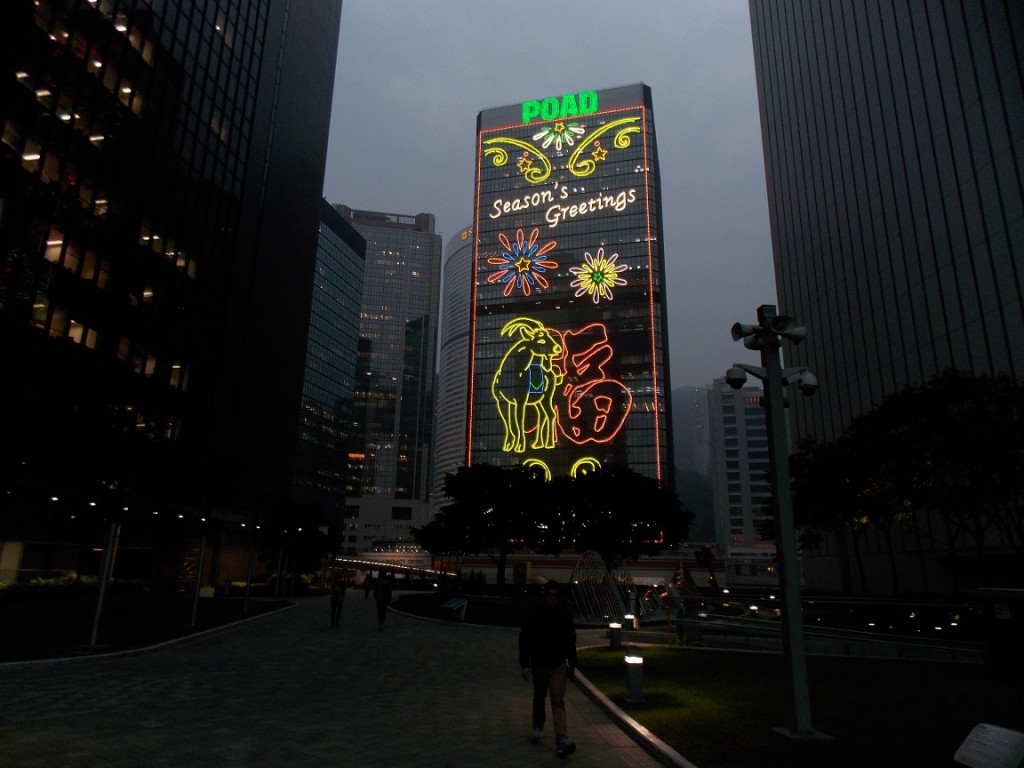