Liquor Distribution in BC 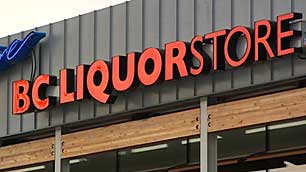 “The province’s [current] liquor laws are often referred to as “draconian”, “byzantine” and “antiquated”, and a lot of them have their roots in the prohibition era. Even the BC government has described the laws as inefficient and outdated.”

BC is among the highest liquor prices of any jurisdiction in North America. Local bars and restaurants, being resellers of the product, get the same pricing on the alcohol regardless of the quantity purchased. Provincial government is acting as a buyer and distributor (BC’s Liquor Distribution Branch is the third largest buying group in the world), but they do not negotiate  with the suppliers for best possible prices (the way large suppliers do, think Wal-Mart or Costco).

In BC, you can get liquor from either BC Liquor Stores, privately owned stores, or bars (sometimes, if indicated, they do off-sales). Alcohol is not sold at grocery and convenience stores (except for cooking wine, which you don’t want to drink), or gas stations. Many restaurants will have beer and wine, but will not sell it to-go. Clubs and bars will be very strict about not letting their guests bring open liquor outside. About 60% of off-sales are generated by BC Liquor Stores, and the remaining 40% are from privately run stores. Most government stores close at 9, while most private stores are open until 11 pm.

Privately operated liquor stores in BC receive a 16 per cent discount off the government liquor store prices and set their own retail prices. Usually, their prices are 10-20% higher than the non-private ones (for example, while a 0.7l of Stolichnaya is $23 at BC Liquor Stores, it is $27-30 at private ones). Same Stoli shots normally cost $3-5.50 at clubs and bars.

In BC, you are not allowed to drink on the street. Public drinking leads to a $230 fine, regardless of the amount of the liquor. Same rules may apply to previously open liquor and un-bagged items. There have been talks about a pilot project, that will allow adults to consume wine and beer on the beach (which a lot of people do anyway under the risk of being fined and/or having their drinks poured out), but it did not take place just yet, and likely will not be implemented for another year.

The Liquor Board has recently launched a website for the liquor policy review, which the members of the general public can use to make themselves heard. The public consultation will run until Oct. 31.