Outdoor Summer Festivals in and near Vancouver, BC 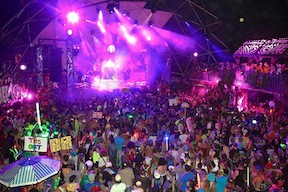 Last year I made this blog post about Outdoor Summer Festivals in or near Vancouver. The list is still current: to the best of my knowledge these events are recurring annually, so refer to that post if you want.

This post will focus on the events I have not yet covered. I will omit the country music oriented ones (sorry, but it’s just not my cup of tea), and will focus on ones that play mostly Electronic Music, or that are more public-oriented.

OUTDOOR FESTIVALS IN VANCOUVER (OR NEARBY)

4. Khatsalano. Not really a “festival” festival, more of a block party with tons of street vendors, and small separate stages. I have attended it last year: it was pretty fun for a regular boring day, but nothing extremely exciting. Check it out if you are nearby, but IMO it’s not worth a road trip (unless you are performing). Free. Vancouver (Kitsilano neighbourhood, W. 4th Ave). July 12, 2014.

7. Stanley Park’s 125 Year Anniversary. This is a City-sponsored celebration (thank you, Gregor!), a FREE event, which will happen in Vancouver’s Stanley Park, August 24-25 2014.