This weekend my friends and I went camping from Vancouver to Boston Bar. To the most of us who have absolutely no idea where it is, Boston Bar is a small settlement along Fraser River on Highway 1, about an hour passed Hope, and not too far from Yale. These towns were first settled during the Gold Rush era, and you still can feel the atmosphere.

It was me, Stan, Andrew and his buddy Kevin, who’s parents own the land we camped on. We travelled in Andrew’s 1990 Subaru Legacy wagon, which he just got a week ago.

This time again I have changed my mind the last minute and decided to ride in the car instead of on the motorcycle for good, as it was raining hard on the way there. We took Trans-Canada Highway to Hope, and then Highway 1 to Boston Bar. 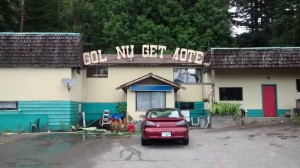 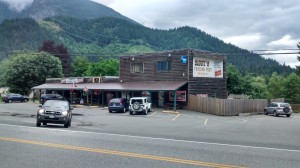 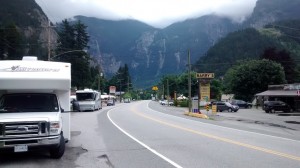 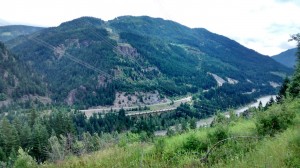 We have packed and left from my house at 1 pm, picked Kevin up at around 1.30, stopped at Coquitlam Superstore for steaks, dogs and veggies, and in the nearby A&W for burgers. We got gas, and some Ricards and Guinness in the BC Liquor Store in Chilliwack.

We got to the property by around 7 pm (another 30 minutes past Boston Bar on a private road). There property was right next to the mountains, which shielded us from the most of the wind, and there was barely any rain.

The luggage got unpacked, the tents got set up, and the beers started floating. We cooked steaks on the grill I brought, and the wieners on the open fire pit. We chilled by the fire until about 1 am, and then passed out.

We had about 10 hours of solid mountain sleep, and woke up at around 11 am. Grilled the rest of the wieners and veggies and started packing again. Kevin’s mom told us about an abandoned bridge past Alexandria tunnel, which we couldn’t pass on visiting. We left at around 1 pm on Sunday.

Alexandra Bridge is about 2 minutes away from the Alexandra Tunnels (or before, if you are coming from Vancouver). This 90-meter bridge was built in 1926, and was out of use since 1964, and has been nothing more than a heritage site. It is about 7-10 minutes down the trail, or about 3-5 if you take the smaller walking trails (the trailhead is right next to the map on the top, by the cherry tree).

The flooring on the bridge is a see-through, which is unnoticeable unless you look down below. Despite the age, it seems to be in a good condition, safe enough to cross.

I would not classify it as an abandoned site though, just doubtlessly cool heritage site. 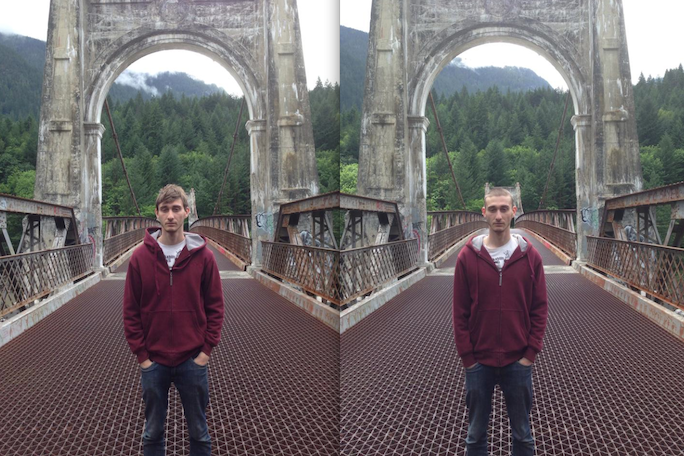 The bridge seemed to be a perfect spot to get a haircut.