Hong Kong is situated over 3 primary territories: Hong Kong Island, Kowloon [Peninsula] and the New Territories. The NT accounts for a little over 85% of the territory, and includes the upper part of Hong Kong, and all the outlying islands.

On my third day I decided to visit Lamma Island, which is a 30-minute ferry ride from the Central Pier, HK Island. The ferry ride is a very affordable HKD$17.1 on weekdays or HKD$23.7 on weekends (about $3 and $4 CAD).

Lamma Island’s main difference from the rest is the almost complete absence of cars. I think the reason is the elevation, which is very rapid, and the narrow streets. The locals travel on bicycles, and tourists primarily on feet. The workers use single-seat trailers with small-displacement engines to transport construction materials and what-not.

The island is occupied by the fisher-folk, and the people who work at the Lamma Power Station.

There is a pathway called Lamma Family Walk, which actually is an elaborate set of trails, that covers the entire island. I walked the path that is the closest to the shore, and even then, I had a lot of elevation difference. It too me about 7 hours to walk the entire island, including the lunch and picture breaks (and excluding getting lost, that’s how straightforward the island is, especially with the GPS). 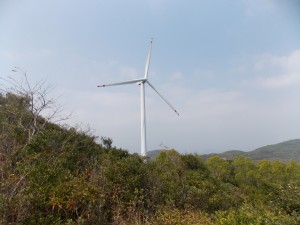 First, I went to check out the Tin Hau Temple, which is about 5 minutes away from the ferry. I mean no disrespect, but to me, all the temples in HK looked the same, and I think if you saw one, you saw them all. After the temple I re-routed myself to Lamma Wind station, which powers about 260 households on Lamma and HK islands. There is only one wind turbine, and its not really worth the extra 20 minutes one-way; but I have never seen one in real life, so it was a must for me. The views from the hill are not too shabby either.

After the wind station, I kept on going till my next stop at Hung Shing Ye beach, which albeit not really being suitable for swimming during these months due t the water temperature is a nice place to lounge in the sun. I stayed there just long enough to catch a breath and snap a few pictures, and went back on the trail. 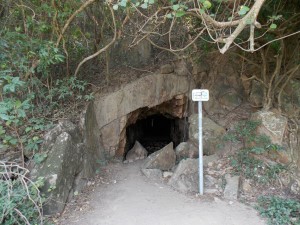 My next destination of interest was Kamikaze Cave of the WWII times; where the soldiers hid waiting for the Japanese warships (none showed up). The cave is about 10-meters deep (now that I think of it I realize I should not have gone inside, but the sign was all stickered, up and I could not read the warning).

After the Cave i stopped at Sok Kwu Wan’s Hilton Shum Kee seafood restaurant (no relation to Hilton Hotel chain) for a crab meat and seaweed soup; and routed myself back to the Family Walk. 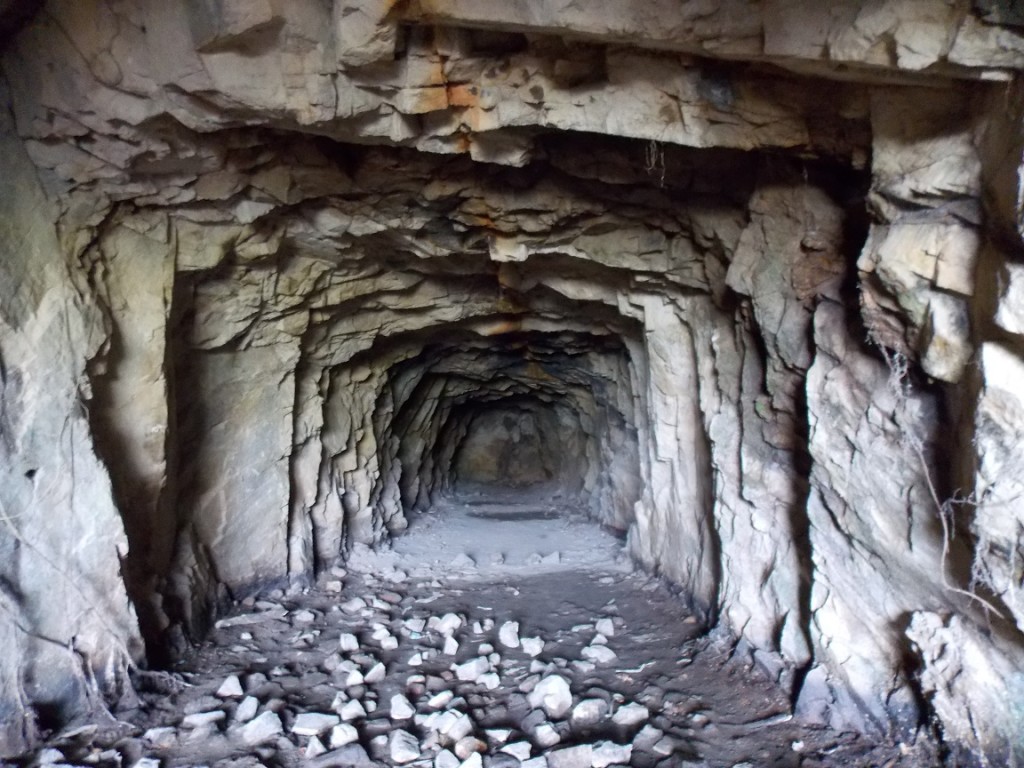 A closer look at the cave

A stroll through a few really nice viewpoints, some 200-year old abandoned houses (and some not that old) and another beach, and I was back at the ferry station.

Mind you, I was quite tired after the long-ish hike, so I only spent another hour or so walking around West Kowloon Promenade, till I found the way back home and went to sleep. 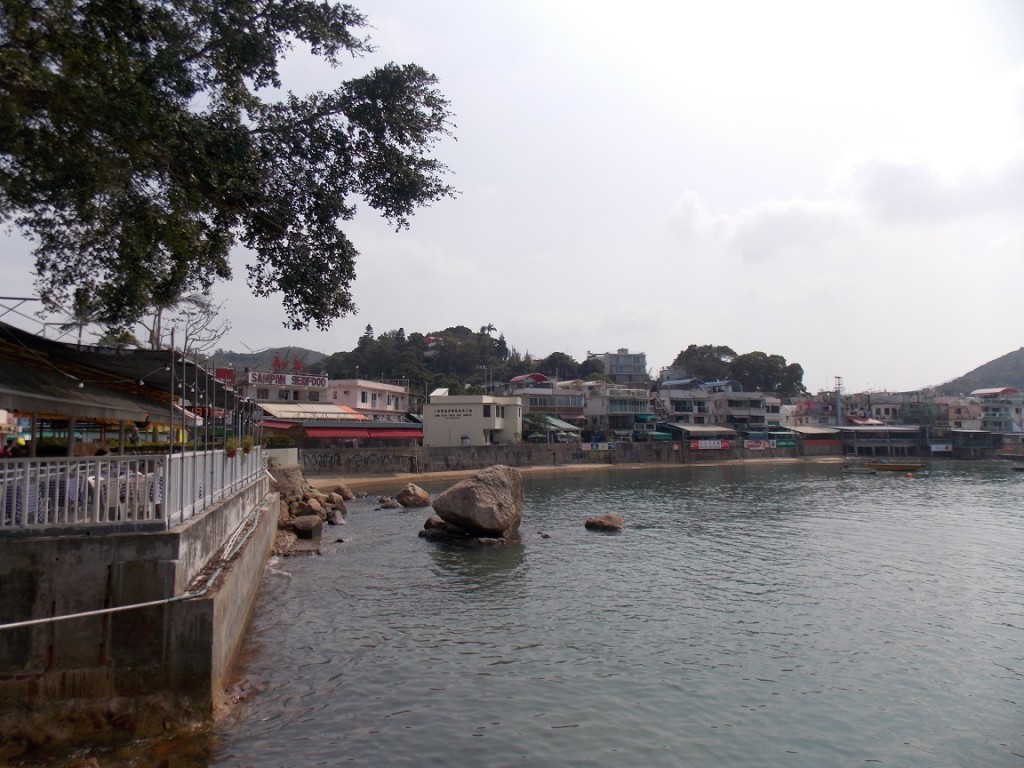 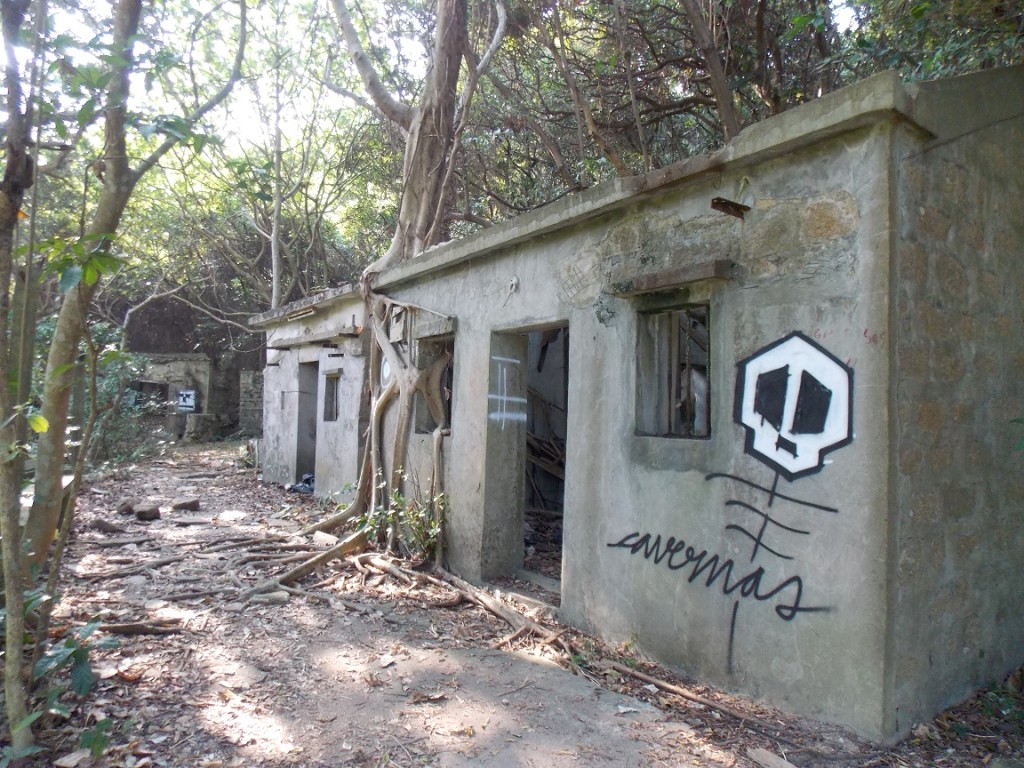 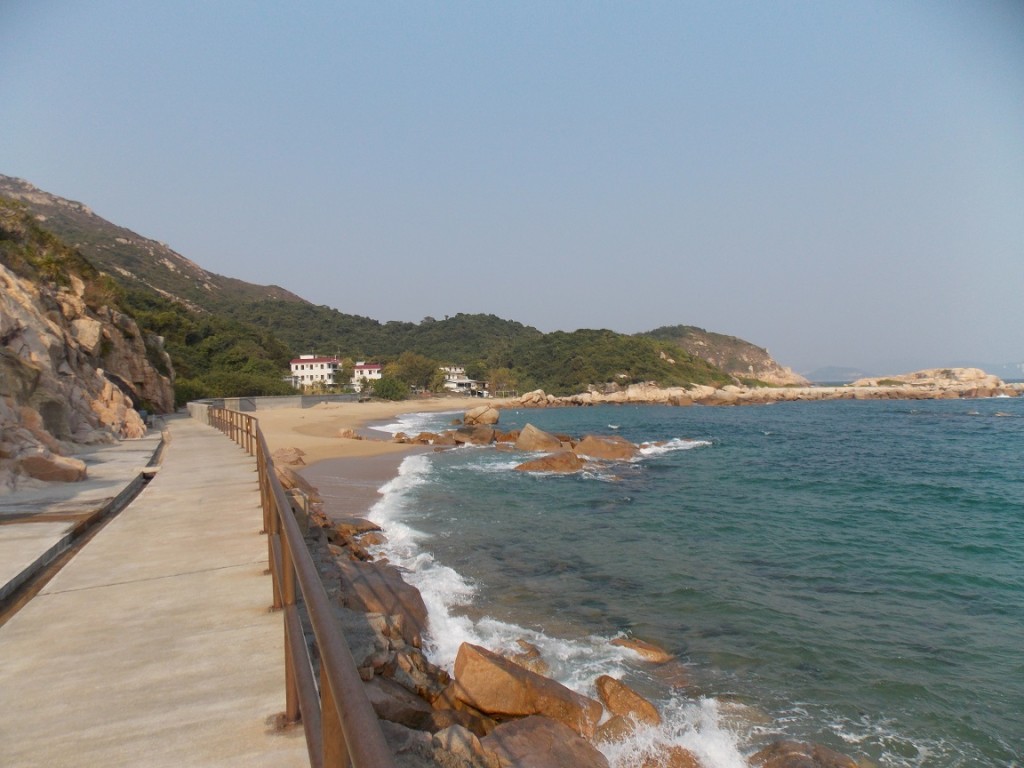 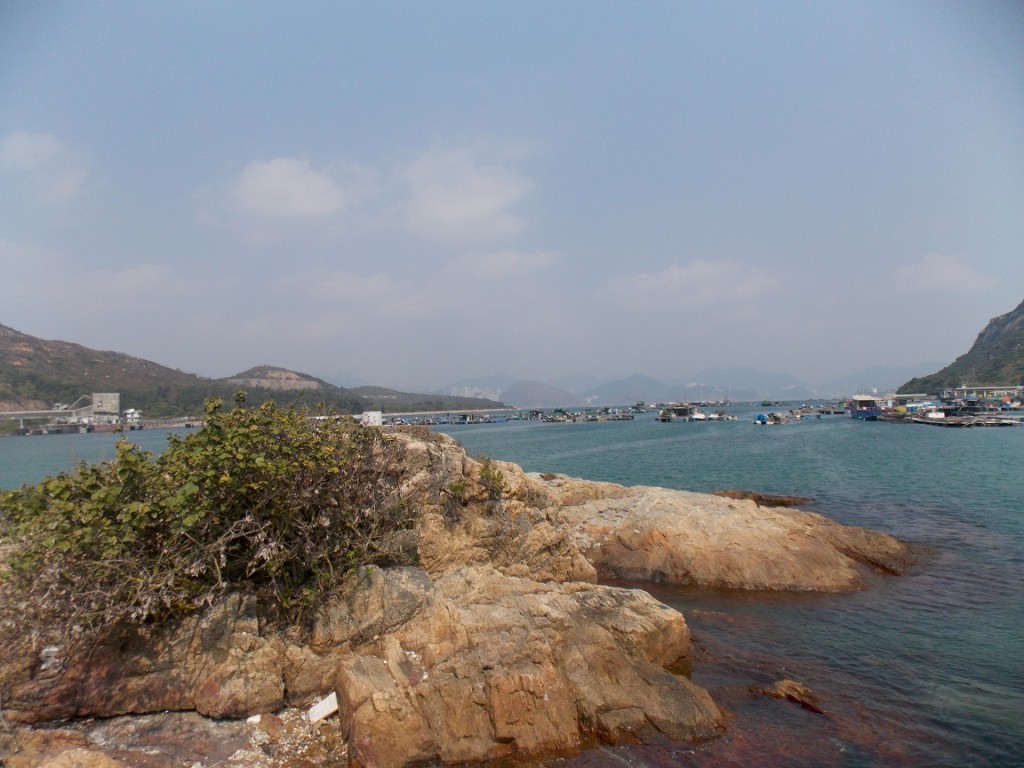 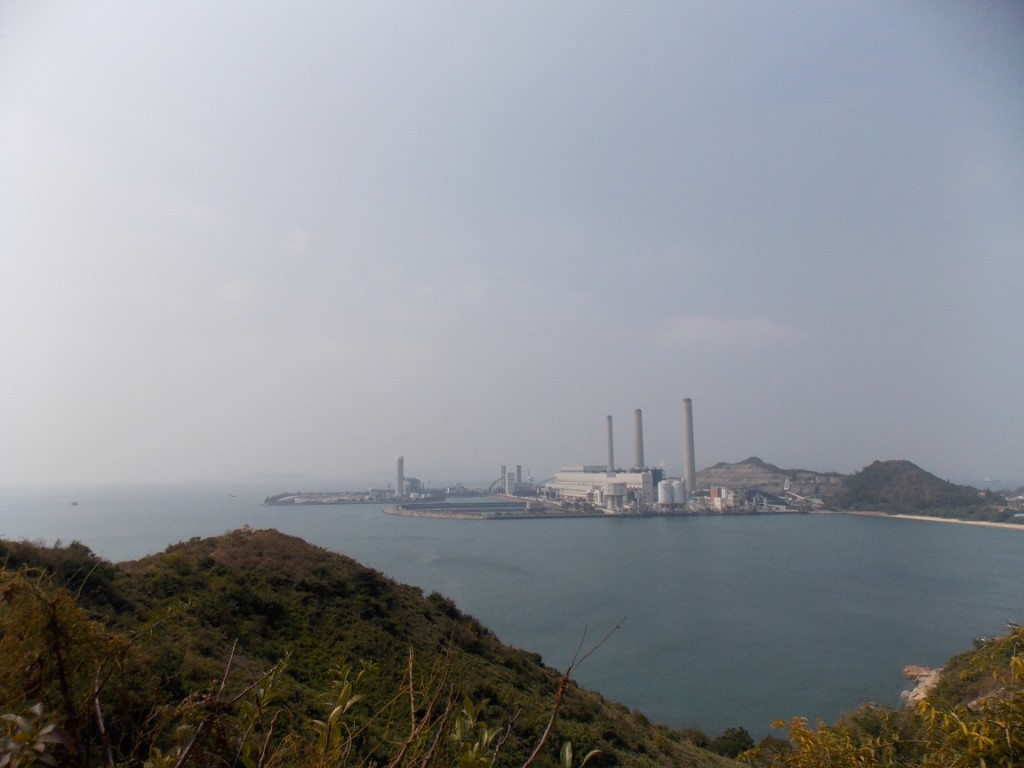 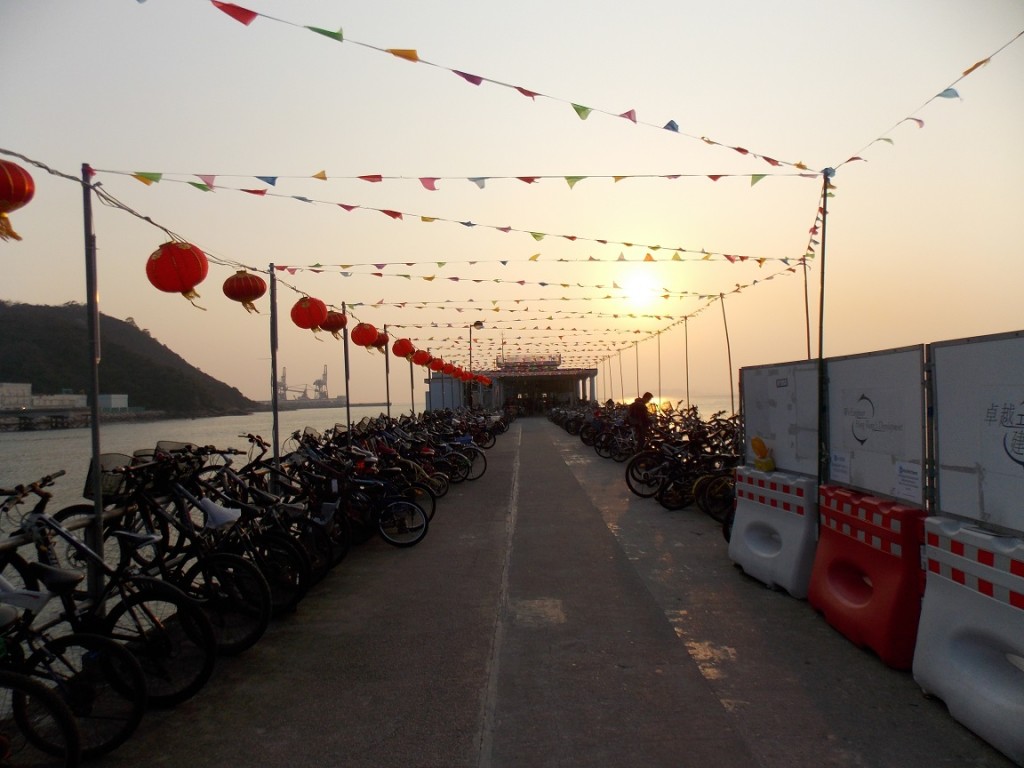