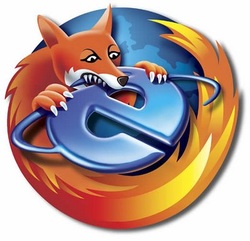 There are two main companies that provide TV/Internet services in Vancouver – Shaw Communications and Telus. Their service prices are about the same, especially after promotions. Normally, you are not bound to entering a long-term contract, unless you wish to qualify for an additional discount.
SHAW vs. TELUS
Telus started as a phone company, that used to own all phone lines in the province. They have been around since 1990, and currently hold about 22% of the market share. They claim to provide Internet and TV service through fiber-optic cables, which are the most current technology on the consumer market. According to Telus, the city is divided into zones, where the speed of connection and the amount of HD channels viewable at the same time varies (from 1 to 3 HD channels at the same time). First, I had a student promotion with them, where I had a 25 mbps connection for $22/month. Telus provides free Wi-Fi modem/router rental to all their customers with integrated security features. Their TV broadcast is 100% digital, and in order to watch TV you need a digital box, which is free on the term contract, or is $5 to rent. Normally, the TV+Internet combo with ~30 channels and 15 mbps ADSL is $25/month for the first year including 1 digital box rental.
Luckily, I have a transmitter box (a hub) right outside of my house, and sometimes I get a higher internet speed.

Shaw was founded in 1966 as Capital Cable Television Co. Ltd and was renamed to Shaw Communications in 1983. They provided analogue TV stream, which resulted in a poorer viewing quality (arguable), but now went digital as well. Shaw provides free digital boxes and Wi-Fi modem/router combo as well, and price is comparable. The main difference between the two is that Shaw provides shared Internet broadband. For example, they give a 50 mbps. channel for 10 apartments, which is approximately 5 mbps. per apartment. But when the neighbors come home after work and all start checking e-mails or  watching Sex and the City, the speed gradually goes down. Shaw provides student deals, which stop for the time when the classes is not in session (only valid for about 8 months per year). However, at the beginning of the fall term on campuses of big universities they hold a booth, where you can get promotions that are not normally available via call center.

The data capacity limit is imposed on both providers, but is rarely enforced. Supposedly, you get 125-250 GB per month, and as you go over, your activity is monitored. A friend of mine was  excessively torrenting movies, and got a legal warning from Telus, saying that they will be forced to disclose his IP address to the copyright agencies if the problem repeats.

At the moment, I have Telus High Speed + Basic Cable on a year promotion. I have also received a sign-up bonus, which made my services free for the first 3-4 months, and I also got premium channel pack as a cherry on top of the cake. After the year passes, I will re-evaluate my decision, and will either remain with them (they have a fair loyalty program), or go back to Shaw.

I have friends working for both Telus and Shaw, and can give their contact info if you want a better promotional deal.