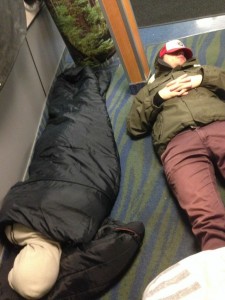 Catching some zzz’s on the ferry

After a few weeks of 10+ hour days, I felt that a longer weekend was overdue, so I have asked for the entire Easter Weekend off, including both Good Friday and Easter Monday. The boys have booked the ferry rides both ways (the ~$18 fee was well worth it for the sole purpose of avoiding the stress of rushing to secure a spot), leaving at 5.15 am on Friday morning, and coming back at 8.15 pm on Sunday.

Getting on an early ferry was no easy task; but we managed to not miss it, because what better incentive can you have than the punishment of losing the money paid and the humiliation of having staying in the city for the entire weekend.

Note, if you are going to Tofino from Vancouver, I recommend to go through Nanaimo to spare the extra ~1.5 hour drive from Victoria to Nanaimo, because there is only one driving route to Tofino, and it goes through the Nanaimo.

We have docked at the Nanaimo terminal at ~7 AM. On the way to Tofino we have decided to stop at the MacMillan Provincial Park to see some giant sequoias, which I have shown you during our family’s Summer RV trip around BC/AB.

On the way we were caught a little off-guard by the snow on the overpass somewhere midway between Port Alberni and Ucluelet (I was trying to catch some sleep so I wasn’t paying much attention to the road).

At that point I was really glad I decided to ride as a passenger, and not on my motorcycle. 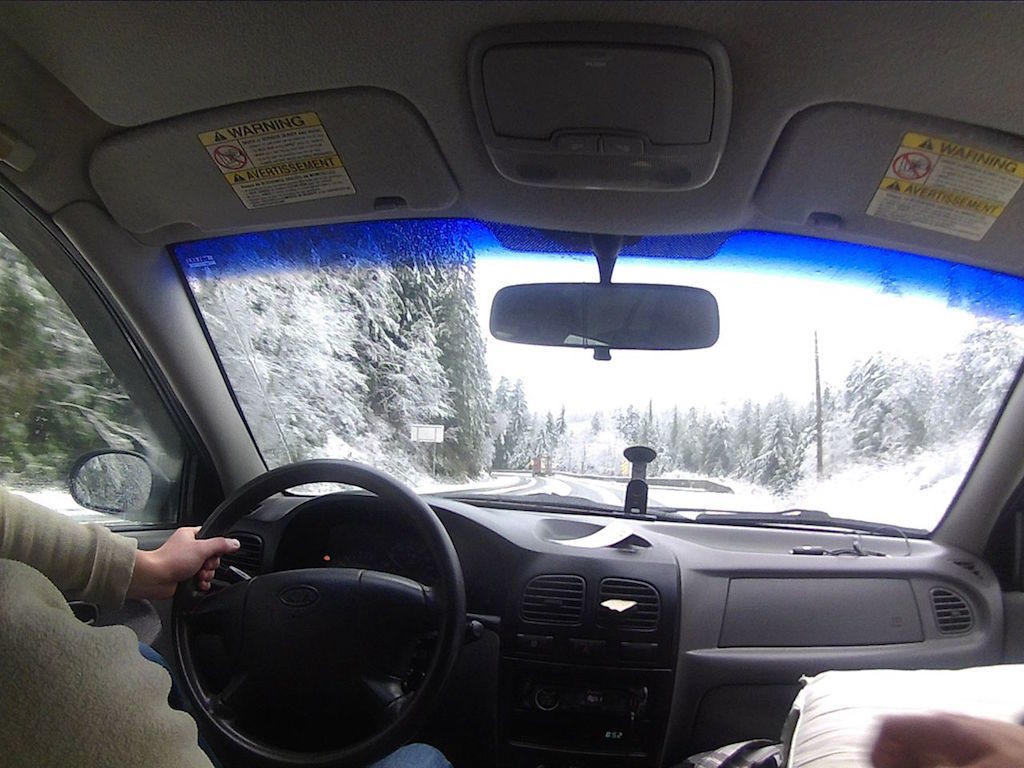 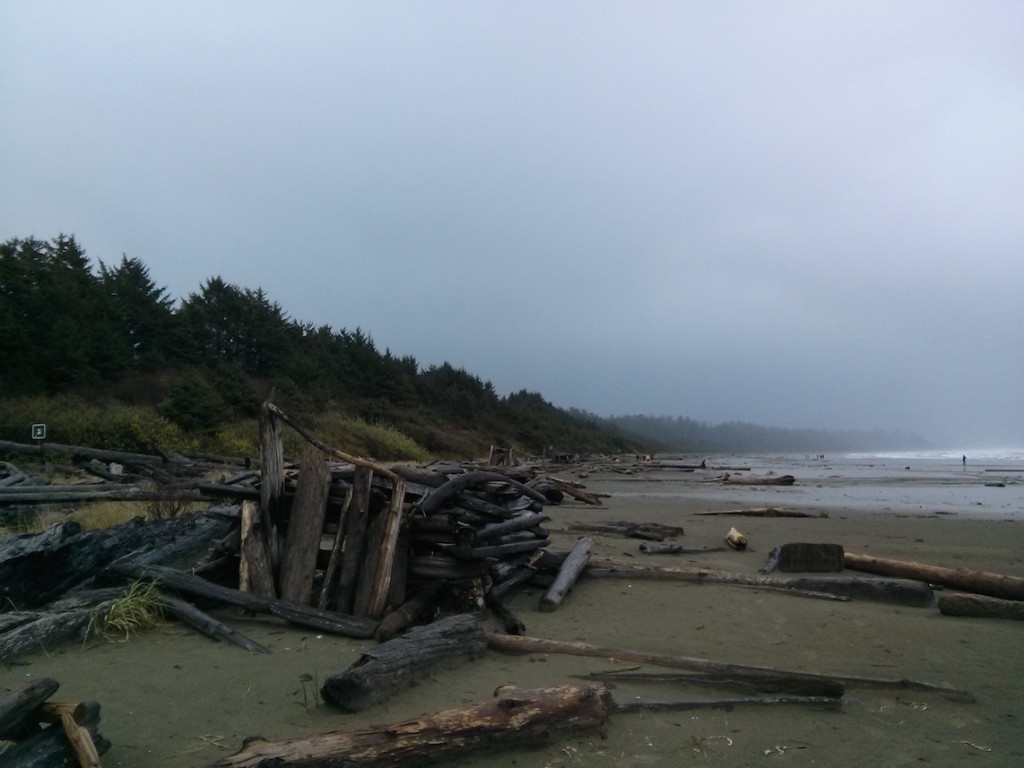 At around 10.30 we got to Ucluelet to rent the surfing equipment (which was cheaper than the last time in our 2014 Oregon surfing trip); and by noon we were in our full gear and at the beach. There are several beaches along the strip from Ucluelet to Tofino; and, according to the guy who works at the rental place, the waves are diferent at each beach. He suggested we go to the top beach, as the waves would not be as big, since we were new, and the conditions were stormy. 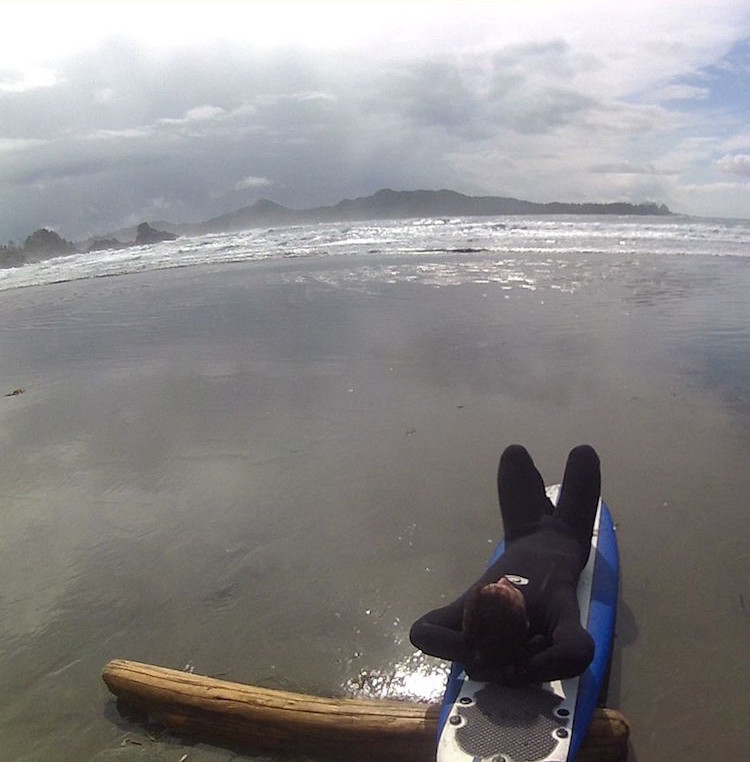 After a few hours of surfing, we, exhausted, went to the nearby Westcoast motel’s sauna and swimming pool (~$7 one-time admission); which was really nice after the somewhat intense workout. 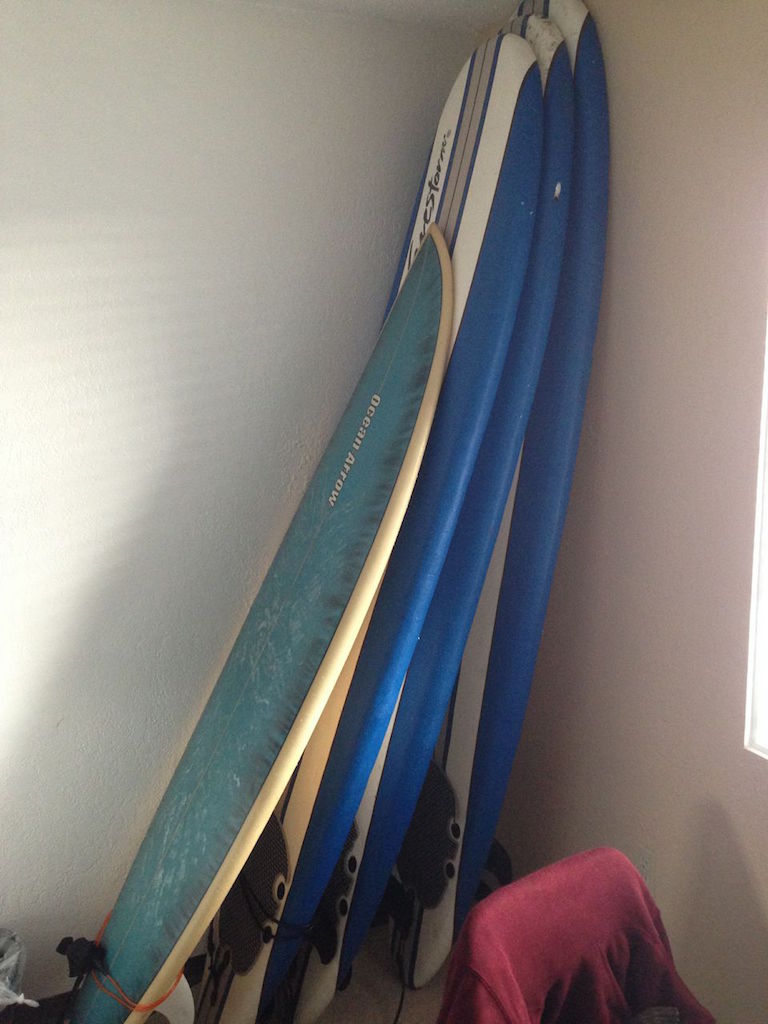 It was raining, and it was raining pretty hard; so we decided not to risk it, and rent a hotel room (~$135 for 4 people) to stay dry at night. Before we went to bed, we decided to go for a walk and get lost, and after a 2 hour wander under the rain, there was nothing better than to take a shower and pass out.

The battery on my camera was dead, and since neither I not anyone else brought a charger (it needed the standard micro-USB plug), we went to Tofino to get one. The cables in the store were $9.99+, but there was a power bank for just a few bucks more, so I got that one instead. I highly recommend owning one for the convenience; those who don;t know what a power bank is, it is a portable device that you use to charge your gadgets, just as if they were plugged into the wall. Power banks come in different sizes and capacities; and I found that for my purpose, a 2600 mAh bank was big enough.

Once the camera had some juice in it, we went to the beach for the day 2 of surfing. The waves were just as good as the day before! There also was significantly less rain; which didn’t matter since we were wearing wetsuits anyway.

We got out of the water by about 4.30, returned our gear by 5.30; made a decision to check out Victoria, and left Ucluelet at about 6 PM. Since we were not sure about the weather, we decided not to risk it, and rent a hotel room for another night.

Super 8 Motel in Duncan is where we stayed that night. Us grilling wieners on the parking lot prompted a lot of unnecessary attention from the locals. After getting called wannabe Indians and finishing our meat supply, operation Late Dinner has come to an end, and it was time to go to bed.

After the breakfast, we were on the way to Victoria at around 11.30 AM. We have parked near Beacon Hill Park, and made a loop starting from Douglas @ Dallas towards the breakwater, through the Fisherman’s Wharf, to the Parliament Building, and back to the car. 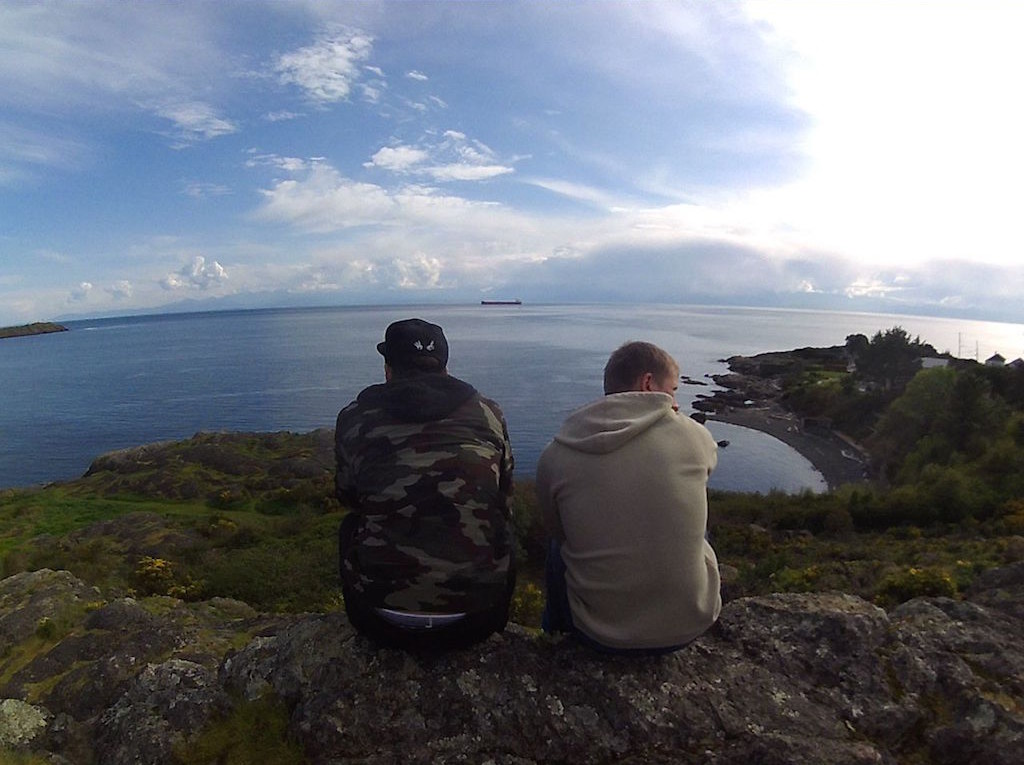 Filmed with SJ4000 – it is a 1080P camera with a waterproof case, that comes with a free monopod and a replacement battery. You can buy it here.